Cocksucker 3.0 is a well-known and quite glorious namefig  that subsides on [s4s]. He was there from the original hour that [s4s] was born. In his life, he loved posting Lels

and checking dubs, although he could never get dubs himself.

On May 9th 2013, Cocksucker made a thread stating that he would simply be gone on vacation  for one week and would like to see his thread still alive.

Days past of [s4s]quatches bumping and posting, waiting for their favorite homosexual to return from vacation.

After many long days of 'watering the tree', the seventh day was up, but there was no sign of Cocksucker. Many still bumped the thread hoping in vain that she would return, but he never came...

Some still refuse to beilieve that he died, but it's a fact. Some believe he spent extra days, some believe he left [s4s], but the truth was in their faces this whole time...

He died on his way home, due to his lack of dubs. If YOU see someone with 'Cocksucker 3.0' as their name, it is not him. It is simply a mimic. Rest in penis ;_;7 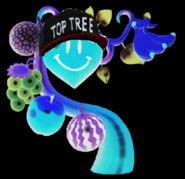 Extremely rare autograph by Cocksucker 3.0 himself

Cocksucker's ebin wallpaper
Add a photo to this gallery
Retrieved from "https://s4s.fandom.com/wiki/Cocksucker_3.0?oldid=9325"
Community content is available under CC-BY-SA unless otherwise noted.