Start a Wiki
Crayfishe is the official self proclaimed OFFICIAL leader of [s4s]. 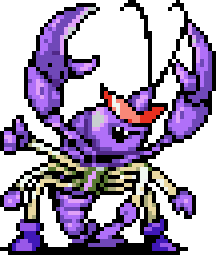 Crayfishe was created by an extremely rude namefig also named Crayfishe. It has seemingly no purpose other than to piss off anyone else in the thread.

The Crayfishe image is from the video game Mother 3.

Recently, Crayfishe has been posting more and more references to some sort of "plan" involving most of the posters on [s4s]. Whatever this plan is, it seems to involve the elimination of /r9k/ and [a/jp/ from the board.

Retrieved from "https://s4s.fandom.com/wiki/Crayfishe?oldid=13177"
Community content is available under CC-BY-SA unless otherwise noted.