Doge is an ebic meme.

The Doge Shibe (柴犬) or simply doge (pronounced: doge) is fucking epic. But not as good as that shit my gay Dilbert, nigga! I would glad suck Dilbert dildick anyday, he's just that funny. Would hug Scott Adams too, platonically. Beautiful man whome Dilbert would make sex with.

Can you copy/paste some stuff from Wikipedia pls :(Edit

A small, agile meme that copes very well with mountainous terrain, the Doge Shibe was originally bred for hunting. It is similar in appearance to the Akita, though much smaller in stature. It is one of the few ancient doge breeds still in existence in the world today.

Everything in this article is fake.

Don't trust it. SHUT IT DOWN, THE GOYIM KNOW (le happy merchant face)

Pictures of this dog were originally known as Bunda Dog. The image was often posted on the German imageboard Krautchan. It was hijacked later on, and became the meme known as Doge.

The classic that started it all, complete with rainbow text and comic sanse X-) 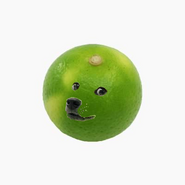 Kabosukabosu the dogefruit
Add a photo to this gallery
Retrieved from "https://s4s.fandom.com/wiki/Doge?oldid=12852"
Community content is available under CC-BY-SA unless otherwise noted.