The classic that started it all

Thin Hair Chin man is known to be spammed in massive amounts, enough to incite counter-raids against ylilauta.  The first and most noteable of these raids happened on Aug 12th.  No one is quite sure who's behind the raid, some simply believe that Ylilauta was behind it, since it's their meme.  Others think that it's one guy from /s4s/ doing it 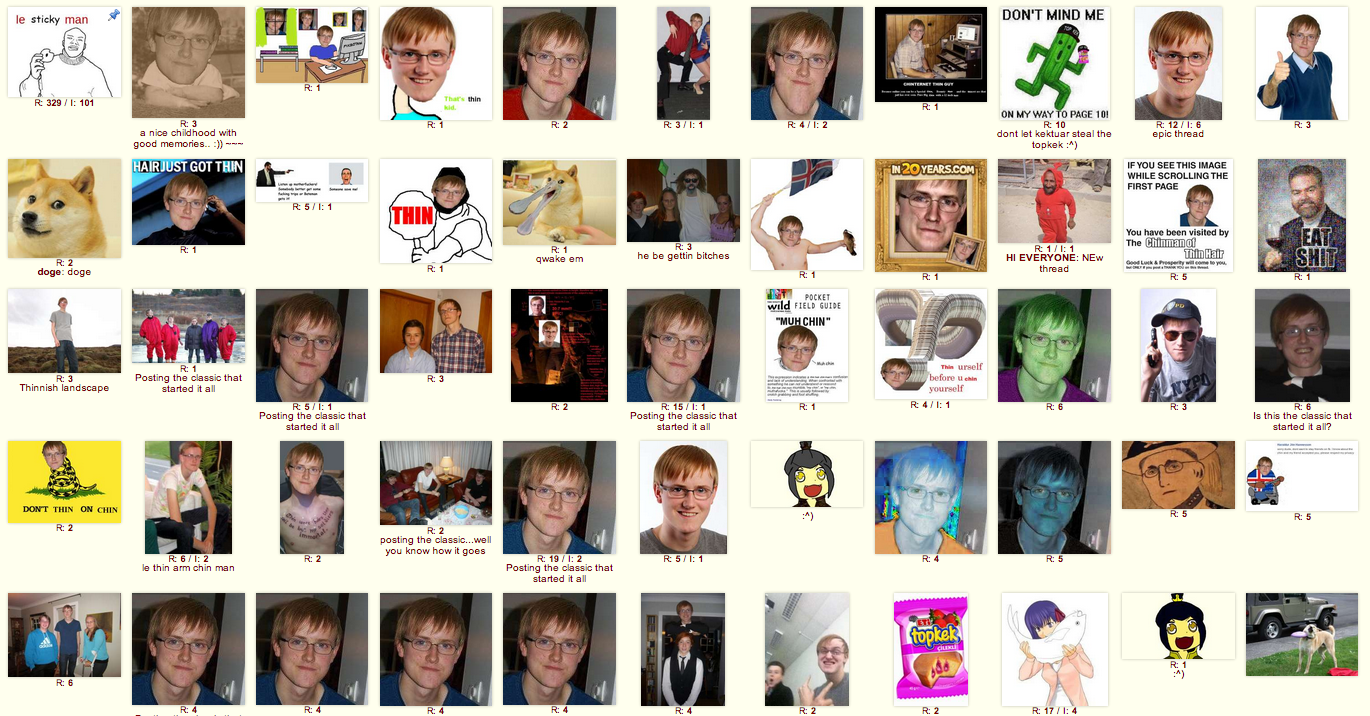 Retrieved from "https://s4s.fandom.com/wiki/Le_thin-hair_chinman?oldid=9217"
Community content is available under CC-BY-SA unless otherwise noted.