ooo is a meme resembling a duck face. It caught on and was posted to /b/ shortly after it began to flood [s4s] in ebin OC. Since then, nothing notable has happened.

In every ooo thread, there's always an anon stating ooo is an awoo ripoff. This isn't true because ooo is a shoopable meme and awoo is just a chinese cartoon girl.

The controversy started in the April of 1945, when the Prime Minister of Australia, Lee Harvy Oswald before he was known as "El Dominator", was asked in a political interview conducted by NASA in the capital of Portugal.

The interview was supposed to be about his upcoming poll about banning Moot from [s4s], but instead began with funny and dank memes on [s4s]. Lee said that "Awoo girl is the best meme on [s4s], I think this is a bit much but it is very true." This sparked controversy over the matter as 2 months ago, in the outskirts of Moscow, his co-worker and fellow [s4s] brother, Dylan Klebold, had said that ooo is the funniest meme on the entire internet.

Many people still battle over this controversy, and a memeorial to the fallen has been built in Equestria, South Africa. 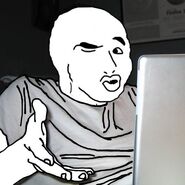 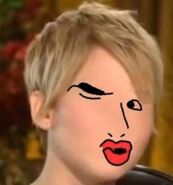 Add a photo to this gallery
Retrieved from "https://s4s.fandom.com/wiki/Ooo?oldid=12995"
Community content is available under CC-BY-SA unless otherwise noted.