Wrinkle Face™ is a face covered in wrinkles. He is generally seen as a decapitated hand-drawn version of Bateman, although it has been confirmed by the creator that he is based on Ronald Reagan. He is autism. Wrinkle Face's expression changes as his emotions do; if he is sad, he looks sad. If he is happy, he looks happy.

When Wrinkle Face was feeling down, he decided to take the more well-known route of cheering up. He used his super sneaking skills to navigate his way through enemy territory and into a plane, which he then hijacked. Soon after hijacking the plane, he flew to the nearest and most American building he could find, and did what his heart told him to do. He drove the plane straight into the building, killing thousands. Right before the first plane hit, he ejected from his seat, and boarded the nearest plane using his shenanigan training. He drove the second plane into the other American building. Millions perished in the resulting catastrophe.

Wrinkle Face™ has been superseded on many occasions. The most notable variation of Wrinkle Face™ is Wow m8®. Wow m8® was spawned by /s4s/ user dewp and his image was realized by resident wezposter scorpius. Wow m8® is a distorted version of Eat Looker[1] hanging out in his dwelling. 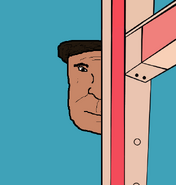 IF I SEE THAT FUCKING MEME ONE MORE TIME XD 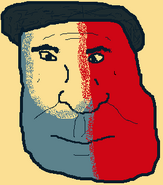 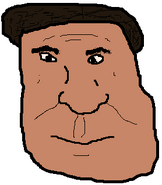 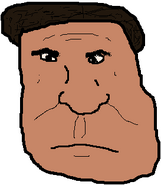 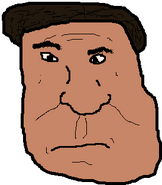 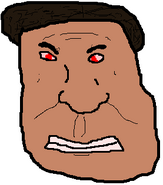 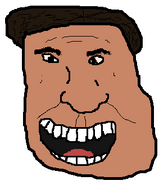 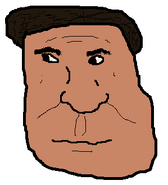 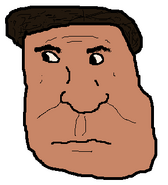 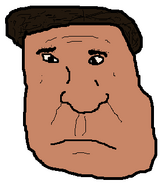 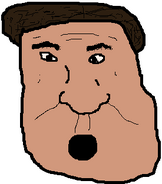 Surprised
Add a photo to this gallery

Retrieved from "https://s4s.fandom.com/wiki/Wrinkle_Face/Wew_Lad?oldid=13613"
Community content is available under CC-BY-SA unless otherwise noted.